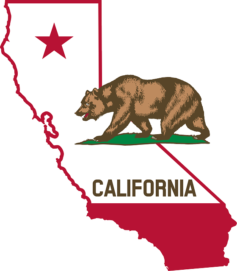 In this weekly segment, ExchangeWire sums up key industry updates in ad tech from around the globe. In this edition: the CPRA is voted in, meaning tighter data restrictions on how tech firms use consumers’ data; the EU Commission launches a fresh investigation into Amazon, accusing the ecommerce giant of using third-party seller information to give itself a competitive edge; Spotify acquires podcast platform Megaphone for USD $235m; and China lays out new laws to curb the power of the country’s leading tech firms.

The people of California have voted in favour of the California Privacy Rights Act (CPRA). Passing with a slim majority of 56%, the CPRA will replace the pre-existing California Consumer Privacy Act (CCPA) which was introduced in 2018.

The new Act, which seeks to amend some of the potential work-arounds within the CCPA, will provide the state’s residents with the right to know in which instances a company has collected their personally identifiable information, and why. Set to be made enforceable in 2023, the CPRA will bring California’s data privacy legislation into closer comparison with the European Union’s General Data Protection Regulation (GDPR).

The result could have significant ramifications on some of the world’s leading tech companies, of which many are based in the West-Coast state. Whilst the CPRA is set to keep many of the same enforcement criteria of its predecessor, the new Act takes a firmer stance on whether subsidiary companies should be subjected to the legislation, and sets out a broader definition of what constitutes “selling” consumer data.  The CPRA will also give consumers the right to opt-out of receiving geolocation-based ads, and has established a new legal definition of “sensitive personal information”.

Whilst companies have until 2023 to prepare for the new law, the CPRA’s clear stipulation that non-compliant firms will be fined should encourage them to begin adapting sooner rather than later.

Amazon is facing a new antitrust investigation after the European Commission accused the firm of using third-party merchant data to give itself a competitive advantage. The European Union’s competition’s authority asserts that the US tech giant accessed seller information, including order numbers and revenues, and used it to boost their own-brand products over those of their competitors.

The Commission is also set to investigate whether Amazon has been giving preferential treatment to third-party sellers who use the platform’s Prime service. The company’s “Buy Box” feature, which makes it easier for shoppers to add products to their baskets, will also be scrutinised over concerns that it entrenches Amazon’s alleged favouritism by promoting certain sellers over others.

The move is the EU’s latest in a long-running series of efforts designed to curb the monopolistic power of big tech firms. In a statement, chief of the European Commission, Margrethe Vestager, said that the regulator “must ensure that dual role platforms with market power, such as Amazon, do not distort competition.”

Streaming platform heavyweight Spotify has acquired podcast service Megaphone for USD $235m (£178.2m). The deal builds on a previous relationship between the two companies which allowed Spotify to use some of Megaphone’s hosting services. However, it is the purchased firm’s ad tools which appear to be at the centre of the merger.

Megaphone, which launched under the name ‘Panopoly’ in 2015, spent its early years producing cornerstone podcasts for several well-known media companies, including Vox, The Wall Street Journal, and Buzzfeed. After rebranding as Megaphone in 2019, the business turned its attention to its back-end capabilities, including distribution, ad tools, and hosting.

The merger makes Megaphone the latest podcast-based business to be acquired by Spotify. Other companies purchased by the streaming platform include Gimlet, Parcast, and the popular, but controversial Joe Rogan Experience, which it snapped up for USD $100m (£75.8m). 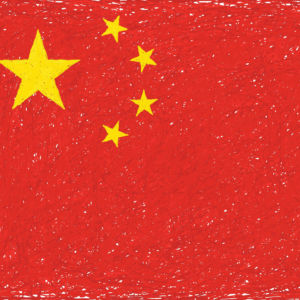 The governing Chinese Communist Party (CCP) has revealed a draft set of rules that aim to combat alleged anticompetitive behaviour by the country’s leading ecommerce companies. The move follows years of accusations of monopolistic business practices against top online retailers and services, including Alibaba, Pinduoduo, Meituan, and JD.com. The proposed rules take aim at inconsistent pricing, preferential treatment being given to merchants in exchange for exclusive agreements, and mandatory data collection.

Some of the country’s biggest tech firms saw their shares fall in the wake of the announcement, with Tencent, Alibaba, JD.com, and Meituan seeing declines of 4.4%, 5.1%, 8.8%, and 10.5% respectively at afternoon trading in Hong Kong on Tuesday (10th November).

The new rules form part of a wider crackdown, and follows moves such as the 2018 ecommerce law and the draft data security law proposed earlier this year. It seems clear that the CCP is keen to rein in the power of China’s internet industry, and the businesses that have boomed within it.

– A Rising Tide of Collaboration Lifts the Programmatic Industry

– mediarithmics’ Philip Raby on the Evolution of the Marketing Data Stack

– ExchangeWire In-House: CNAME Cloaking, Nielsen, and the EU vs. Amazon