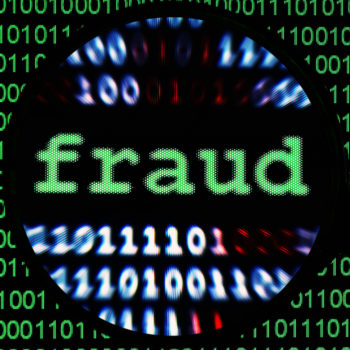 In this weekly segment, ExchangeWire sums up key industry updates in ad tech from around the globe. In this edition: DoubleVerify uncover another CTV ad fraud scheme, dubbed "SneakyTerra"; privacy-centric internet browser Brave announce plans for their own search engine; Apple are hit with a complaint from France's biggest tech startup lobby group; and three of the UK's biggest regulators unite to police Big Tech.

An ad fraud scheme that is estimated to have cost advertisers USD $5m (£3.6m) per month has been discovered by authentication firm DoubleVerify. Dubbed “SneakyTerra”, the operation is the second CTV ad fraud plot to be uncovered by the company this year.

According to DoubleVerify, the scheme involved purchasing genuine ad impressions and then inserting impression trackers from several ads into a single creative from an ad server. This meant that when the creative request was received by a CTV platform it would generate multiple impressions. The company states that the hack impacted more than 2 million devices per day during its lifetime, racking up the substantial monthly loss for marketers.

The discovery follows DoubleVerify’s uncovering of the “ParrotTerra” CTV ad fraud scheme last month, an operation which is believed to have cost advertisers between USD $30m and USD $50m (£21.7m – £36.1m) in stolen ad spend. Last year, the company identified more than 10 similar schemes, and with the CTV marketplace expected to generate USD $11bn (£8bn) in advertising revenue in 2021, it’s likely that they will uncover more such schemes as the year progresses.

Brave to launch a search engine

Privacy-centric internet browser Brave has announced it will launch its own search engine. Brave Search will seek to compete with current search leader Google Chrome by providing a privacy-focused alternative at a time when consumers are increasingly wary of how businesses handle their online data.

Brave founder Brendan Eich revealed that the company will build its offering from pre-existing search engine Tailcat, which the company purchased from German firm Hubert Burda Media, and comes with a ready-made (albeit less granular) web index. The former Mozilla executive says that the new search engine will adopt the same “default anonymous user model” as the Brave browser, and will not track or profile any of its users. However, Eich stated that some users will be able to opt-in to anonymous data collection in order to improve the accuracy of search results.

The company plans to launch the browser within the first half of this year, and is currently exploring how to build a paid, ad-free search engine and an ad-supported alternative at the same time. With Google already waylaid by regulatory and public scrutiny, now could prove the optimal time for Brave to take on the internet Goliath.

France’s leading startup lobby group, France Digitale, have announced that they will file a complaint against Apple with the country’s privacy watchdog. The grievance, which is expected to be presented to the Commission Nationale de l’Informatique et des Libertés (CNIL) within a matter of days, alleges that the company’s iOS 14 update violates European Union laws.

In the seven-page complaint, France Digitale acknowledges the company’s implementation of pop-ups which provide users with specific tracking and targeting information, and which explicitly ask for permission to collect a key identifier used to deliver targeted ads before they download or use an app. However, the lobby group argues, iOS 14’s default settings enable Apple to carry out their own targeted ad campaigns without asking for permission to do so, an act which breaches the EU’s rules on data privacy. The group also asserts that the tech giant’s tracking functionality allow them to share data with affiliated parties without informing users.

Apple have denied all the claims made against them, and called the accusations in France Digitale’s complaint “patently false”.

Three of the UK’s biggest consumer and industry authorities have joined forces to take on Big Tech collectively. United under the Digital Regulation Cooperation Forum (DCRF), Ofcom, the Competition and Markets Authority (CMA), and the Information Commissioner’s Office (ICO) have revealed their first annual plan for implementing new regulation across digital and online services.

Formed last July, the DCRF aims to tackle the “unique challenges” that come with policing digital platforms by combining the respective skills and expertise of each watchdog. The new body will serve as a dedicated space where the authorities can co-ordinate on new regulation. The collective will also seek to work with other digital markets authorities.

Ofcom have already been given responsibility for a new duty of care for online harms bill, whilst the CMA have set out plans for the introduction of a new Digital Markets Unit (DMU) to bolster digital regulation. The ICO are currently preparing to introduce the Age-Appropriate Design Code (or “Children’s Code”), which seeks to protect young internet users from online dangers.

Information commissioner Elizabeth Denham described the unified approach as “a roadmap towards pragmatic, practical solutions” for governing the digital sphere, saying that “cooperation between regulators will drive better outcomes for business and individuals”.

– Expanding on Brand Safety for an Evolving Digital World

– CTV in the Nordics and Beyond: Q&A with Nordic Entertainment Network TV's Carl Petterson

– OTT and CTV Apps: The Next Wave of Compliance