ExchangeWire rounds up some of the goings on in the world of ad tech during the last seven days, and in this week’s edition: Rubicon Project posts impressive gains; Europe’s OOH sector primed for programmatic disruption; European ad tech pairing join forces; and US firms man-up ahead of European expansion.

A little under a year after it first went public, and Rubicon Project this week posted impressive gains in its latest earnings call, with revenue ($41.8m) up 49% year-on-year, vindicating its strategy of international expansion and increasing its product offering.

The supply-side company revealed its full-year revenue for 2014 was $125.3m (again an increase of 49% when compared with the 12 months previous), with Rubicopn Project CEO Frank Addante claiming the growth was fuelled by its focus on premium inventory, as well as the company expanding its offering beyond real-time bidding (RTB).

During the company’s earnings call he said: “The most exciting thing about the market opportunity is its rapid growth, in only five years RTB has grown from 0 to $9bn in 2014 and as expected to reach $30bn by 2018 according to magna global.

“But RTB is only a small segment of our overall market opportunity for example the market for direct orders is much larger than the RTB market and most direct orders today continues to be bought and sold, manually.

Read the full transcript of the call on Seeking Alpha here.

Rubicon Project is believed to have forked out $30m on the dual purchase of iSocket and Shiny Ads during the last quarter, with the company claiming that it was now able to offer the industry its first “first-and-only full-stack direct orders solution for display”.

A recent report from eMarketer revealed that programmatic direct deals are set to increase exponentially over the next 12 months (see chart). 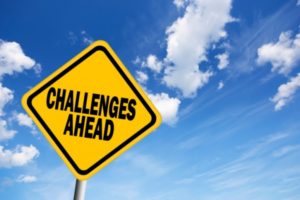 Programmatic OOH heats up in Europe

Programmatic media-buying (long considered the domain of the internet) is now set to rock the out-of-home (OOOH) media sector, with the world’s biggest brand experimenting with the technology in Holland.

Dutch companies Platform161, MyAdBooker, CS Digital Media and Cadreon this week revealed that Coca-Cola was the first advertiser to participate in their real-time OOH advertising experiment, with the soft drinks behemoth eager to take advantage of the potential cost-savings promised by the quartet.

MyAdBooker and CS Digital have collaborated to develop an SSP for digital OOH media board, while Platform161 has developed a complimentary bidder to enable media buying in real-time. Cadreon is one of the first companies to run a campaign on the platform on behalf of its clients.

The companies claim their platform can also be used to buy time-targeted campaigns in real-time. For example, the system allows advertisers to buy media based on specific moments, such as a certain subway train arrivals.

This is made possible by image recognition technology, which can detect the arrival of a train at a platform, then advertisers can start bidding on the relevant media opportunities on the subsequent train platforms.

Gerard Moussault, Cadreon, managing director, said: “Taking into account the advantages of programmatic buying, we at IPG Mediabrands [Cadreon’s parent company] have set ourselves the goal to buy half of our media (both on & offline) programmatic by the end of this year. The possibility of smart buying with regards to outdoor screens is an important step in realising this goal.”

Berlin-based Clipkit, and Vienna-based Httpool this week announced they were to join forces and offer their combined video advertising offering in over 16 countires across Europe and Asia.

Using clipkit’s white label solution exclusively for their video network, Httpool aims to expand the reach and possibilities of their channels.

Aljoša Jenko, Httpool, CEO, said: “Next to display, engagement and social, video advertising and publishing is one of the strongest pillars of cross channel online marketing.

“Clipkit’s flexibility to provide their technology independently from their network allows us to leverage our relationships with publishers, advertisers and video producers in all our local markets. Thereby we can offer them new ways to publish video content, build new reach and monetise.”

Michaela Kammerbauer, Clipkit, COO said: “As a technology-driven company, we are very happy to prove that we can scale our flexible cloud solution across the globe.

“We are proud to support one of the largest cross channel ad networks in Central and Eastern Europe so they can take the next leap in online video syndication and advertising across all devices.”

Kingerlee is a veteran of the media landscape, with his experience in the sector dating back three decades, including have helped launch the Microsoft Advertising Exchange in the UK.

In his new role, Kingerlee will report to Jana Eisenstein, Videology, global director of media, and will be responsible for accelerating the programmatic agenda across the EMEA region from the company’s European head office in London.

Eisenstein added: “With EMEA continuing to play a core role in Videology’s rapid international expansion, there was a need for a new role specifically focused on building upon the momentum which saw us gain seven new territories in 2014 which significantly grew the media footprint  and relationships across the region.

“Robin’s deep online media experience across both the demand- and supply-side, along with his track record in relationship-building and business development, make him the ideal candidate for championing programmatic trading across Europe.”

Maxifier this week announced the appointment of Roy Beeharry as its European sales director, as the sell-side company aims to bolster its business in the UK and mainland Europe.

Beeharry, a 16-year veteran of the digital media sector joins from Vdopia, where he was business development manager, responsible for acquiring and managing its UK publishers and other supply partners.

Prior to this, Beeharry worked at FOX Networks and Collective, where he also managed their publisher portfolios. In addition, he has also worked at the entity now known as News UK and ITV.

Denise Colella, Maxifier, CEO, added: “Roy’s background, encompassing media businesses, ad networks and technology companies, coupled with his wide experiences in working with premium publishers makes him a great hire for Maxifier. We’ve been seeing good growth in France and Spain recently and Roy will help accelerate this in the UK and across mainland Europe.”