In this weekly segment, ExchangeWire sums up key industry updates in ad tech from around the globe. In this edition: YouTube receives widespread criticism after deciding to insert ads into videos from non-partnered creators, without giving them a cut of the revenue; BuzzFeed agrees to buy HuffPost as part of its larger deal with Verizon; the UK proposes a new bill that will formally ban Huawei from involvement in its 5G mobile network and impose tougher sanction for telco non-compliance; and the French government has resumed taxing US big tech companies as talks to reform international tax rules stretch into the new year.

YouTube has begun running ads alongside videos published by creators that are not part of its YouTube Partner Program. The move gives the Alphabet-owned video site further opportunity to monetise its platform without having to share their revenues with the content creators.

The company released an update to its terms of service last week which included the statement that YouTube has the “right to monetise all content on the platform and ads may appear on video channels not in the YouTube Partner Program.” The US-based firm reiterated that content creators who aren’t part of the initiative won’t be entitled to any of the revenue, but will be able to apply to be a part of the Program under the same criteria. The company also clarified that any payments made by YouTube to content creators in the US will be counted as “royalties” under US tax laws.

The move has unsurprisingly sparked significant backlash from YouTube content creators, with calls for the US government to disband the company and for channel-owners to unionise. Whilst accusations of exploitation made up the bulk of criticisms, some complained that the move overrules the wishes of creators who don’t want ads to run alongside their videos, whether that be due to ethical or viewing experience concerns.

Online publisher BuzzFeed has reached a deal to acquire HuffPost. The agreement, which was announced last Thursday (19th November), forms part of a larger deal in which saw BuzzFeed join forces with Verizon Media, which owns HuffPost.

The move marks the latest in a spell of consolidations amongst online media firms, following Vox Media’s acquisition of New York Media in September and Vice Media’s purchase of Refinery29 last month. The deal could prove rejuvenating for both BuzzFeed and HuffPost, with both companies having seen their online ad revenues falter over recent years. Both firms have made significant cuts in order to stay afloat, with BuzzFeed pulling out of a number of markets (including the UK) earlier this year to reduce its overheads.

The deal draws a full circle for BuzzFeed founder and CEO Jonah Peretti, who co-founded HuffPost alongside Arianna Huffington, Kenneth Lerer, and Andrew Breitbart back in 2005. Peretti is now set to take charge of the newly-merged company. “BuzzFeed is making this acquisition because we believe in the future of HuffPost and the potential it has to continue to define the media landscape for years to come,” said Peretti, adding that the merger will give BuzzFeed a competitive boost. 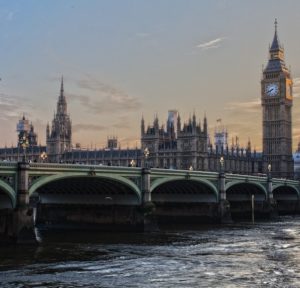 A new piece of legislation which bans Chinese telecoms giant Huawei from working on the UK’s 5G mobile network has been announced. The Telecommunications Security Bill, which was revealed on Tuesday (24th November), is the first tangible attempt by the government to legally bar Huawei from the nations’ telco landscape.

If passed, the bill will grant the government authority over national security, which will include the power to instruct the leading telecoms firms, such as BT, on how to engage with “high risk” companies, such as Huawei. The proposed law also seeks to tighten security by imposing more stringent fines against companies who fall short of security standards, including those related to allegedly risky vendors.

The communications regulator, Ofcom, will be responsible for enforcing the new rules, and fines for non-compliance could reportedly total over £100,000 a day. Huawei, which appeared to think that the defeat of Donald Trump (whose administration kick-started the UK government’s intensified scrutiny against the firm) would see the UK abandon the ban, has stepped up its efforts to convince the government to change its mind. The telco colossus released a report indicating the financial drawbacks of banning its hardware from the UK’s network, and has launched an ad campaign appealing to be reinstated. 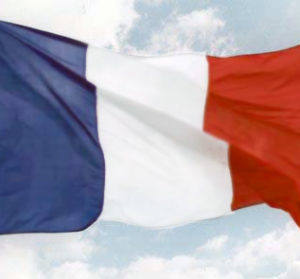