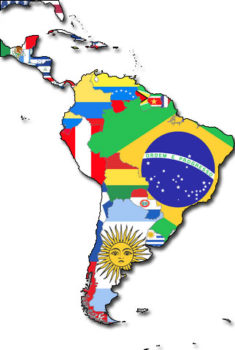 In a series of pieces examining the rapid rise of ad tech in the high-growth markets of Latin America, Lara Krumholz, DynAdmic, general manager, LatAm, explains the need for prospective entrants to dispel previously-held prejudices, and tap into the region's latent demand.


Last year was the year of experimentation of programmatic in the Latin American market, while 2015 will be a year of consolidation with a significant rise of investment from advertisers, particularly in video and mobile.

Research from Magna Global reveals that across the region Brazil is definitely the biggest market, reaching $466 MM, including $94MM in real-time bidding, in 2014, followed by the neighbours Mexico and Argentina.

In a market where advertisers need to optimise ROI and better connect the brand with the audience, wherever the audience is, and publishers need to increase their content monetisation, programmatic buying in the region came as a strong opportunity, but also as a big challenge to both demand and supply sides.

While expectations and potential for the Latin programmatic market are high, eMarketer predicts a 60% growth in programmatic for 2015 and 2016, including video and mobile as the two fastest growing segments with respectively 65% and 109% – LatAm is still a very young market in terms of knowledge in the programmatic advertising landscape.

Thwarting prejudices
Most advertisers still fear programmatic and are waiting for someone to lead first. However, at the same time, most agencies’ professionals are not feeling comfortable enough to advocate for programmatic for two mains reasons: the lack of knowledge to analyse efficiency and the fear for media buyers that technology and programmatic will take their jobs. This leaves the programmatic sector in a 'catch-22' situation.

Therefore, it is apparent, that investing in education is one of the biggest challenges for LatAm ad tech leaders. While publishers are embracing programmatic faster than advertisers are, both demand- and supply-side platforms (SSPs, DSPs, as well as those providing private marketplace, ad exchanges) need to continue investing in educational workshops and webinars to lead this change along with local professional associations, such as the IAB, in order to harmonise practices. Thwarting prejudices is our biggest challenge this year!

Associating ad tech with campaign enhancement, not just efficiency
Talking about knowledge, it’s important to point out that in LatAm countries, programmatic is mainly only associated to the automation of the media buying, whether it’s RTB or not. However, we need to go beyond and explain the benefits of real-time and automated buying in terms of targeting and user experience.

Indeed, in a closed and traditional environment, the lack of real-time decision making does not allow for the optimisation of campaign creative in order to sequence messages, or match with a user interest.

Therefore, my best advices for ad tech or digital companies who would like to enter or expand in LatAm, would be: stay client-oriented and build strong partnerships with local brands.

Take your time to gather feedback from clients to develop products to fit their local demand. Invest a lot in education of tomorrow’s digital leaders who will rule in an advertising industry every day more complex and technical. Show transparency to gain trust from advertisers and agencies.

Then, integrate local specificities. Brazilian and Mexicans do not have the same use of digital. For example, Brazilians are much more advanced in terms of online and mobile payments than its neighbours. Once it comes to media strategies, programmatic or not, it is important to take this in account. 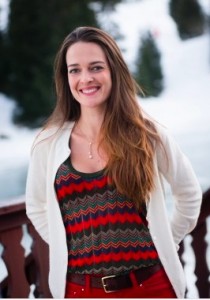 This article first appeared in ExchangeWire's Latin American website (penned in Portuguese) and was translated by its editor Gabriela Stripoli.

Further pieces examining the issues and opportunities in Latin America can be read here.