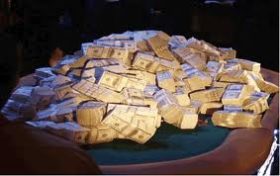 Evolved out of traditional ad networks, most DSPs in China currently operate on a ‘markup model’ that is proving harmful to both advertisers and publishers.

This typically involves low-tier inventory bought in bulk at low CPMs, and later sold to advertisers at a high markup price, explains ReachMax COO Charlie Wang. He urges brands in the local market to demand total transparency and ensure their trading desks have auditing functions, so this current landscape can be rectified.

In this week’s Q&A, Wang also acknowledges similarities between China and its Western counterparts, where media giants currently monopolise the programmatic space.

ExchangeWire: What are the biggest misconceptions China brands have about programmatic that you would like to address?

Charlie Wang: That all programmatic is inherently non-transparent in both media quality and pricing. Many advertisers are unaware about programmatic direct, which allows them to keep direct relationships with the publishers.

What do you think led to these misconceptions? Do industry players have a role to play here?

This has to do with the fact that most DSPs in China evolved out of traditional ad networks. These DSPs+Ad Network (or what is commonly referred to as DSPANs) usually consist of low-tier media inventory bought in bulk under very low CPMs that are then sold to advertisers at a high markup price. Ultimately, this model is detrimental to both advertisers and publishers, with much of the margins eaten by the middlemen – the DSPs. 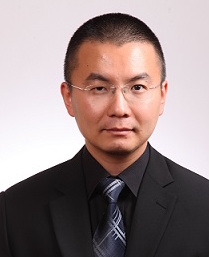 Why has this markup business model been able to gain momentum in the China market?

It’s a simplest form of business that requires zero technology. In fact, this was the traditional ad network model of buying low and selling high.

How do you think this issue can be resolved?

Advertisers must demand absolute transparency and have audit features built into their trading desks. This will ensure the trading desk can verify, directly with the exchanges, the winning bidding price for a DSP.

Can you highlight some key differences between China’s programmatic market and that of Australia, the US, and UK?

Western DSPs tend to charge a transparent tech fee, while the Chinese DSPs operate mostly on a markup model. Also, Western markets have a greater variety of data, with many independently operated third-party DMPs. In comparison, China has a greater depth of data from the BAT (Baidu-Alibaba-Tencent), but it tends to be monopolised and less open.

What needs to happen for the market to move away from, or be less dependent on, the BAT monopoly?

This isn’t going to happen in the short term, as they hold most of the valuable data and inventory in China. The main selling point for independent ad tech players then will be to have the ability to consolidate access to assets across the BAT, such as Tencent DMP and GDT, Alibaba’s Taobao TANX, and Baidu’s BES.

Do you see this landscape as similar to that in the West where Google and Facebook currently dominate those markets?

Yes, it is quite similar. The big players will always have an advantage because of their user base. However, given that there are multiple giants in the market, each will never take 100% of an advertiser’s budget. So, a layer of consolidation will still be needed, and this is where trading desks can play a role.

What do China brands expect from programmatic? How does this impact the way trading desks, as well as ad tech vendors like ReachMax, operate?

Brands are increasingly asking for more control and transparency from their ad tech vendors. Hence, we’re seeing the rise of the trading desk platform layer, which aggregates and controls multiple DSPs and DMPs within a single platform. This role is usually played by the DSP in the West; however, since the DSPs in China provide this at a markup price, brands are treating them like an ad network, and one that only aggregates publishers. This means frequency control, automated allocation of budget, and DMP data distribution are controlled at the trading desk platform layer.

Looking back at 2015, what were some exciting industry developments in China’s programmatic market?

One would be the greater availability of data. Tencent, for instance, opened up its data by becoming a third-party DMP. Another exciting development was the setting up of brand trading desks, such as Nestle’s, which integrates multiple DSPs and DMPs on a single trading desk layer.

Most definitely, especially amongst large MNCs operating locally. They know the importance of building a proprietary tech stack globally, which is even more important in China.

Were there any disappointments, be it in terms of ad tech developments or predictions that didn’t materialise?

Viewability and brand safety were talked about a lot, but never fully materialised in the local market. Also lacking was a more standardised and automated approach to publisher inventory waterfall management.

What is hindering viewability and brand safety in China?

Publishers’ fear that the two will ultimately lead to the cost-per-viewable-impression model; so they will not allow the technical integration needed to track these metrics. That said, three years ago publishers also were against the idea of having basic ad tracking; which is now the de facto standard in digital marketing. So, I believe this issue will be resolved over time.

What other gaps does the ad tech industry need to address to better drive programmatic adoption in China?

As consumers increasingly move towards mobile, cross-device integration will be needed to in order to effectively target the right audience. Also, like markets in the West, ad fraud and botnet traffic must be addressed, especially since this is a bigger problem over here.

Can you highlight three 2016 priorities for ReachMax?

As a trading desk platform provider, our top priority is to integrate with more DMPs and DSPs to further enrich advertisers’ ability to target their audience using a wider variety of data providers.

We’re also looking to roll out planning tools, to facilitate forecasting and media allocation, for agencies operating our trading desk on top of the current traffic tracking features. Furthermore, we want to integrate with various third-party tools, such as viewability, brand safety, tag verification, and dynamic creative.