Targeted for launch in the first half of next year, the co-op would enable targeting based on authenticated user IDs across the three publishers, which had an audience reach of more than 15 million.

News Corp Australia‘s chief digital officer, Nicole Sheffield, said: “Collaboration between publishers, aimed at providing advertisers the opportunity to move beyond cookies and target identities, just makes sense. As Australian content creators, it’s incumbent on us more than ever to ensure our audiences, data, content, and now identity, are being properly harnessed for marketers by Australians.”

In a separate announcement, News Corp Australia says it has inked a data-sharing agreement with realestate.com.au aimed at offering audience insights and targeting.

The agreement would combine data from News Corp‘s ‘News Connect’ platform and audience reach of 12 million Australians, as well as realestate.com.au’s own data from six million who visited the website.

It also would enable marketers to tap the same audience segments across both sites, the two companies said, adding that this would be available from January 2018.

REA Group’s executive general manager media and content, Elizabeth Minogue, said: “At realestate.com.au, we have more than a million Australians visiting our place every day. These consumers are highly engaged in their property journey [which] is driven by life moments triggering new product needs and increased spending on home furnishing, electronics, cars, renovation products, and travel.

“Our partnership with News Connect unlocks the power of our data, now enriched with even more actionable insights and new product purchase segmentation”, Minogue said.

The Chinese internet giant has announced Adjust as a certified measurement partner for Tencent Social Ads (TSA), making the latter one of a few attribution firms permitted to track campaigns running on the Tencent platform.

According to Tencent, the criteria for certification includes data privacy measures, the number of services provided, and the volume of advertiser accounts that support the measurement platform.

TSA boasted a reach of more than 900 million users on Tencent’s social networks and other online channels, including Weixin, QQ, YingYongBao, Tencent News, and Tencent Video. The platform drove USD$2.6bn (£1.95bn) in ad revenue for the first nine months of this year.

According to iResearch, Tencent contributed 51.6% of China’s online games revenue in the third quarter of 2017, which had clocked ¥63.54bn (£7.21bn) in total. This marked the first time the Chinese internet company accounted for more than half of the local market.

AdParlor Asia-Pacific has launched a new service that it says can track the effectiveness of online ads on offline behaviours.

The digital marketing agency said it had partnered with Facebook to combine the social network’s analytics with CRM (customer relationship management) data to monitor online-to-offline attribution. The alliance would enable brands to integrate first-party sales data with Facebook Advertising insights, it said.

With the new tool, for instance, customers who made purchases at a retail point-of-sales could be attributed to prior marketing efforts using metrics such as Online Spend per Offline Purchase and Offline Purchase Revenue.

AdParlor’s Asia-Pacific CEO Matt Sutton said: “Asia-Pacific has over 400 million daily social media users on Facebook and e-commerce is growing rapidly; but brands are also coming to us to solve their challenges with connecting online engagement to offline purchases.”

He said the vendor was one of two Facebook Marketing Partners in the region to offer offline conversions tracking, enabling advertisers to establish links between products seen online and how they influenced purchase in-store.

Most AU marketers use guesswork to determine revenue contribution

Some 31% of marketers in Australia do not measure their contribution to revenue, with half admitting to guessing the number.

Another 61% said they were doing a poor or fair job measuring this, and 9% rated their performance as excellent, according to a report released by Marketo and the Association for Data-driven Marketing and Advertising (ADMA). The survey polled 444 marketers in Australia.

In addition, 12.6% did not measure the impact or success of their marketing activities, and less than half said they used a combination of multitouch and first-touch models. Most still depended on traditional campaign metrics, such as clicks, downloads, and customer satisfaction ratings such as net promoter scores.

About 15% said their department was regarded a primary business driver and revenue generator for their organisation, while a third said they were recognised to play a supporting role to the sales department. 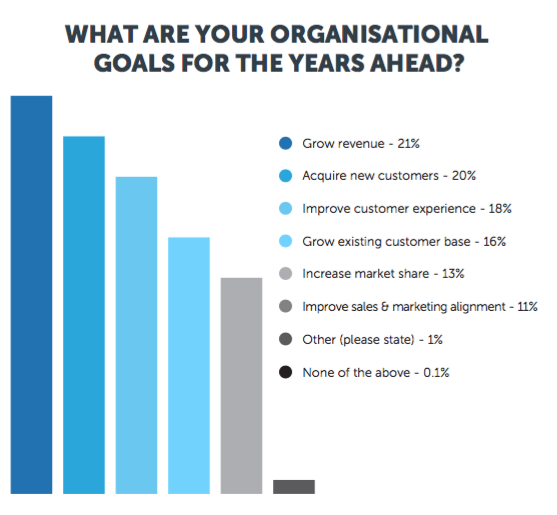 Chris Connell, Marketo’s Asia-Pacific marketing director, said: “It’s amazing to me that attribution remains such a challenge for businesses. Marketers are always talking about data-driven insights and measurable outcomes – yet many marketers don’t practice what they preach.

“Marketers need the right technology to be able to prove their impact. However, without tangible proof, they won’t get these necessary funds. It’s a cycle. Without attribution, there is no real justification for investment in marketing technology.”