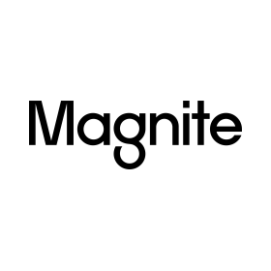 In this weekly segment, ExchangeWire sums up key industry updates in ad tech from around the globe. In this edition: Magnite bolster their CTV and video offerings by acquiring SpotX; the EU indicates that they may implement legislation similar to Australia’s pending News Media Bargaining Code; Bloomberg reveals their ambition to build a $100m consumer subscription base; and Alphabet smash past Q4 2020 revenue forecasts thanks to strong advertising results on YouTube and Google.

Whilst CTV and video have seen accelerated growth amidst the pandemic, advertisers have been prevented from taking full advantage of the channels. This is due to the dominance of walled gardens, such as Google and Facebook, who restrict advertisers’ ability to purchase inventory to a single route in order to keep the buying process under tight control.

However, with this deal, Magnite will be able to provide publishers with an alternative to the closed-off ecosystem of the walled garden, allowing them to better monetise their content, says Barrett. With the relationship between digital giants and publishers currently rather fraught, now could prove a key time for companies like Magnite to swoop in with alternative monetisation solutions. 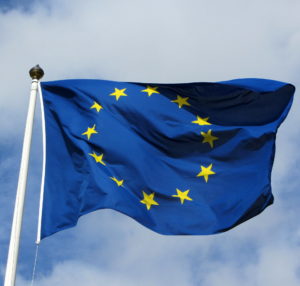 According to the Financial Times, MEPs who are currently developing the EU’s Digital Services Act and Digital Markets Act have stated that, if passed, the Acts could be altered to incorporate elements of Australia’s proposed bill. Maltese MEP Alex Saliba praised the Code for addressing “the acute bargaining power imbalances” between leading tech platforms and publishers, adding that “it is only fair that [platforms] pay back a fair amount” for the benefits they receive from publishing news content.

The news will not be welcomed by digital leaders Facebook and Google, who have campaigned relentlessly against the prospective bill since it was introduced by the Australian Competition and Consumer Commission (ACCC) last year. Facebook have threatened to prevent Australian users from sharing news on their platform, whereas Google have warned that they may leave the market if the Code is ratified.

Now that the EU is considering similar legislation, the tech giants’ fears that Australia’s action would set a precedent for other markets appears to have been realised.

Bloomberg Media expects to generate at least USD $100m (£72.3m) in consumer subscription revenues in 2021. This is the aim asserted in an internal notice from CEO Justin Smith, who wrote that the media giant “see a clear path toward making subscriptions a nine-figure business in 2021”.

The projection indicates a focus on expanding Bloomberg’s subscription business to a wider readership. Until the launch of their consumer offering three years, the majority of publisher’s subscription revenue came from their Bloomberg Terminal, which catered to financial professionals.

Bloomberg Media expects the number of sign-ups to their USD $415 (£299.87) a year consumer subscription to rise from around 250,000 in 2020 to 400,000 by the end of this year. The anticipated increase follows a “135% revenue increase” in the last year, according to Smith. The company-wide memo also revealed that Bloomberg’s recently-launched personal finance vertical, Bloomberg Wealth, was a key component to this growth, accruing 5 million unique visits in December alone.

It’s now understood that the company plans to build on the success they experienced with the niche vertical by offering subscription bundles with publications including The Information and The Athletic, and will expand Bloomberg Equality over the course of 2021.

Yet the firm appears determined not to let the figures get to their heads, with CFO Ruth Porat saying that Alphabet “remain focused in delivering value across the growth opportunities we see.” It remains to be seen how these staggering results will influence ongoing antitrust probes into big tech.

– A CTV Checklist: How Can Streaming Publishers Increase Their Demand?

– Eric Seufert on a Google ATT, an EU Media Code, and Retailers’ Move into Digital

A CTV Checklist: How Can Streaming Publishers Increase Their Demand?