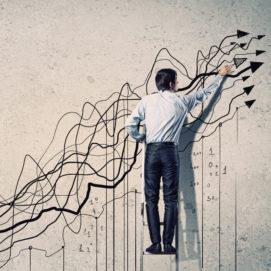 In a market democratised by programmatic, brands in Asia-Pacific must be able to stand above the crowd and not have a myopic view of the digital landscape.

Programmatic had levelled the playing field and created a space in which even multibillion dollar brands competed with mom-and-pop stores. This meant that marketers would need to work harder to differentiate themselves, said Sanchit Sanga, Mindshare’s Asia-Pacific chief digital officer.

“To win in this scenario, you’ll need to have much better data strategies in play, much better technology stacks, much better inventory pools that are unique to you, clean private marketplace deals that are bespoke, and a bouquet of impressions”, Sanga said, in an interview with ExchangeWire.

He added that marketers also would need to work in environments that were transparent and to better structure their trading deals. In addition, they should work with partners to access the best inventory available in the market and keep evolving their technology stack as new technologies emerge.

He further highlighted the need to apply artificial intelligence and automate mundane processes and service delivery, so they then could focus on other aspects such as quality and verification

A bigger challenge, though, was education. Sanga said there was little knowledge in the region about programmatic, noting that most understood the business only on the surface and were unwilling to delve deeper. This, he said, had created some degree of myopia.

Due to the lack of in-depth knowledge, marketers in Asia-Pacific had been swayed by the numerous negative headlines popping up in other regions and harboured opinions that were short-sighted, he added. 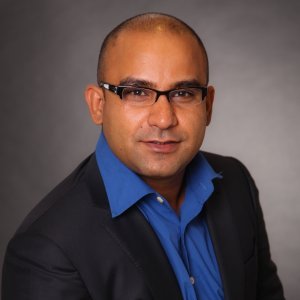 Not everything negative was the result of programmatic, he said, and urged brands to learn how to do things better and in a more efficient, brand-safe way to quell some of the misunderstanding.

“Part of the misunderstanding is that they believe machines do things on their own”, he explained. “Machines need to be guided by humans, who have a critical role in channelling machines to do the right things. Automation is about enabling the journey, not starting or finishing the journey.”

According to Sanga, there also was tendency for companies to listen to just one or two partners and then create opinions about how the business should be run. Google, for example, hosted many sessions about digital marketing. The vendor, however, was just one participant in a wider ad tech landscape and did not represent the entire online environment, he said.

He noted that many marketers today believed ‘Google equals the internet’ and that the tech vendor should advise brands exclusively on how to run marketing. “That’s like going to one TV channel and using that to create a TV strategy”, he said. “That’s not how marketing works.”

Brands also could gain more confidence in programmatic if they tapped third-party tools, he noted.

“There will be a lack of trust if you run it like any regular operation”, he said. “If you use the right third-party verification, data partners, and viewability partners, things then will fall into place because you’re qualifying each ad impression you buy using a neutral body.”

“That will give you a safer, clearer, and more verified environment. So, using third-party technology and engaging them at every impression level is mandatory”, he added.

Issues related to cross-channel marketing, however, were more challenging to resolve.

Sanga explained that this ecosystem was “broken up” primarily because the two large market players (Google and Facebook) were still “inward-looking” with regards to data sharing. Unless this became more fluid, it would be difficult to match different connections across different channels, he said.

Both companies did a great job of tracking users within their own environment, and across different devices and tools, but this was restricted to their own walled gardens, he said.

He noted, though, that his was an evolving space and market players had yet to figure out how to stitch all the pieces together in a seamless way. He added that there were specialists who could track users outside of Google and Facebook.

Asked if this was a comparatively small space, he said: “If you aggregate the long- and mid-tail and torso, it’s a fairly large world – and maybe bigger than Google and Facebook. People don’t only live on Google or Facebook, they live in thousands of other environments. And if you aggregate these, and establish a single view of the customer, I think it’s compelling.”

That said, however, Sanga noted that both platforms were integral to any digital strategy and remained significant partners with Mindshare. Rather than take a hard stance against the likes of Google and YouTube, in response to recent events regarding brand safety concerns, he said simply pulling ads out from media platforms would not eliminate ad fraud.

“No programmatic method is 100% foolproof. You can reduce the instances, but not eliminate them totally”, he noted. “Systems need to learn and improve as we go along. We should, instead, ensure measures are put in place to reduce such instances from happening.”

Rather than resort to a kneejerk reaction, he said Mindshare would continue to work closely with Google in addressing such issues.

He added that, to further improve programmatic deployments, the industry needed to focus on better targeting, which hinged on having the right data structures and strategies; better content, where marketers needed dynamic creative and to identify ways to marry audience segments to the right messaging; and better measurement, so brands could track customer journeys as these moved from one device to another.

First published in issue 02 of ExchangeWire’s The Wire magazine.